The Potato King is a scenario for the tabletop roleplaying game Liminal Horror that I am trying to craft during Zine Month. It tell the grotesque story of an elder god being fried and served to the people of a small town through the greasy fast food stand of the Potato King. Eating the fried cosmic entity expose the local inhabitants to strange events and beings that the player characters can investigate.

The scenario will be playable in 3 different modes: occult investigation, slices of life horror and single session survival horror.

I need financing to finish writing the module, do additional illustrations and to hire a text editor and a layout artist. 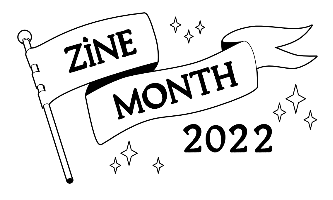 What's in The Potato King:

The Potato King is a third party adventure module for Liminal Horror (a modern hack of Cairn), it is a rules-lite, fail forward TTRPG system.  The core rules can be accessed a few different ways:

Itchfunding is when a game designer uses the sale feature of itch to crowdfund an unfinished project. This acts as an alternative to other platforms (such as  Kickstarter). All funds collected can be used even if the goal it not achieved, creating flexibility for the creator. and the project.

What do you get when you back?

You will receive a first draft of The Potato King. The day one PDF file present the skeleton of the mystery but I still have a lot of writing to do and stats blocks to complete.

What do you get soon?

There are a few items in development currently (as of 02/02/22) that should be released in the next few weeks:

What funding will do?

Funding will allow me to finish writing the module, draw more illustrations, hire a text editor and a layout artist to craft the final PDF.

What about a physical version?

The ultimate goal of this campaign is to create a beautiful PDF file that I will be able to use to do a print run . I plan to do the print run in collaboration with Exalted Funerals, the current publishers of Liminal Horror. If the printed product interest you, you will have to order it separately later as it is is not included in the itchfunding campaign.

Additional Stretch Funds may include:

What happens if it doesn't fund?

I will still produce the final playable PDF version but I may end up having to do the layout myself which will greatly slow me down and may discourage me from doing a print run.

This module has the following content warnings for death, violence, hallucinations, food addiction, peer pressure and body horror. I am trying to be careful not to link the body horror to weight loss or gain.

In order to download this TTRPG module you must purchase it at or above the minimum price of $6.50 USD. You will get access to the following files:

My plan is to try to finish it as I finish the Tales from the Void pamphlet adventure.

What a great adventure!

Used the second draft to run this with one player and me GM'ing, and it was great! Every character is so fleshed out it was so easy for me to prep the game, and to find any additional information my player wanted to know that i missed.

Loved the art style as it was the main reason why  i got this !

The Potato King is fully financed! Thanks everyone! I am looking forward writing a proper playable version. :)

Making good progress! Thanks everyone, we can do it. :) :)

This looks amazing! I'm ordering a copy now, and here's to meeting the funding goals!

Excited to finally see this come to fruition after seeing the hints to its existence!

If you end up falling short of funding goals (however unlikely), I’d be more than happy to do layout free of charge, if you have no interest in doing it yourself. Goblin Archives and I are teaming up for the next “official” Liminal Horror adventure, so I’m already buried in that mindset.

This sounds so totally up my alley! What a wonderfully weird premise (and great art)! Backed and boosted on social media!

I guess I should finally buy Liminal Horror too!

I hope to update the draft around February 9 to make it more playable. 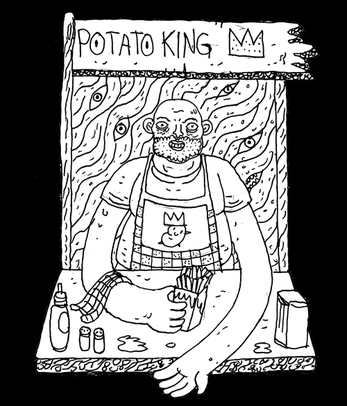